When we talk about Spanish music the first word that comes to our mind is “flamenco”. Spanish music is really famous, especially flamenco, an art that mixes music and dance originated in southern Spain. Flamenco has evolved and transformed over the time to incorporate modern music sounds from rock, pop and blues. Some famous Spanish flamenco artists include Raimundo Amador, Ketama and Rosario Flores among others. In Flamenco, “el cante flamenco andaluz” retains an emotional lament while the “cante flamenco Gitano” preserves a folkloric style. Both incorporate expressive hand-clapping accompanied by the fervent clatter of dancers’ feet.

Some photos and a video about flamenco are included below. 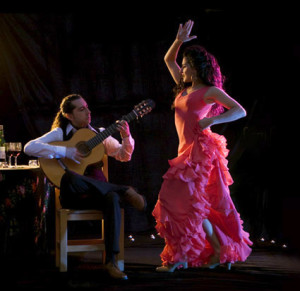 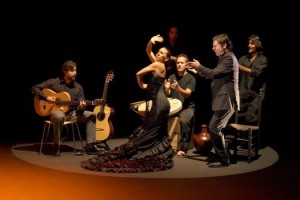 What about modern Spanish music? There are plenty of popular Spanish songs and international Spanish artists like Joaquin Sabina, David Bisbal, Alejandro Sanz and Julio Iglesias that fill the radio with Latin rhythms and Spanish pop music. Some songs of this artists are “19 días y 500 noches”, “Ave María”, “Corazón partío” and “Bamboleo”. Even Spanish hip-hop has found its place in the music industry with artists like La Mala Rodríguez with songs like”Nanai”.

But not only flamenco is listened here. If you go to any pub or disco here in Sevilla, you will see that most of the songs are reggaeton, like “Cuéntale”, “Rey de la tarima” or “Hula Hoop”. Young people love reggaeton music because it’s easier to dance! Some Latin artists listened here are Daddy Yankee, Luis Fonsi, Romeo Santos and Maluma.

All types of music can be popular in Spain because there are all types of people living there. American artists are also listened in Spain; some of them are Miley Cyrus, Beyoncé and Lady Gaga.

And you, what type of music you have listened to in Spain do you like the most?