Sports, an International Way of Culture 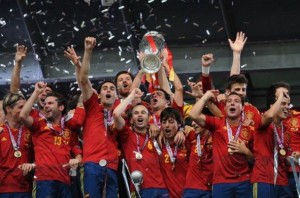 American football, basketball, soccer, handball... all these sports shape nationalities and countries all around the world. Spanish fútbol, which has nothing to do with the American way of playing, is one of the most important sports for Spaniards. Fútbol or soccer (so you know what I’m talking about) is part of the Spanish culture and it has become a social act. It doesn’t matter whether or not you are an active player. You just need to support your favorite team! A great percent of the population is highly interested in fútbol, and also Spain is widely known because of its fútbol teams and players. But this is not the only sporting event seen as a social activity. When the Olympics start, families and friends meet to follow the competitions and check how their compatriots perform.

Although Spain is not living its Golden Age of Sports anymore, we still remember those days and feel really proud of that historical moment. This country started to get stronger at sports after the Olympics were celebrated in Barcelona in 1992. This glorious period lasted until 2012, according to most sport journalists. Within this period, we’ve won 22 medals in Barcelona ’92, World Men’s Handball Championship (2005), FIBA World Championship (2006), UEFA European Football Championship (2008 and 2012), and the 2010 FIFA World Cup among others.

But is Spain knocked out from the international sport scene today? And what’s more, is soccer the only glorious sport in Spain? I don’t think so. Actually, there are other popular sports in Spain such as tennis, Moto GP, or Formula One. They are specially catching to Spaniards because our country holds the best positions of the ranking. Let’s look at some of our sport stars: 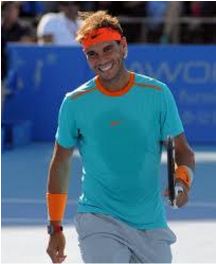 Rafa Nadal (Mallorca, 3rd June 1986), the best Spanish tennis player ever according to most of sport experts and players. He is 29 years old and started playing in ATP with only 15. Nowadays he is no. 5 in the ATP ranking. He’s won 14 Grand Slam singles titles, 27 titles in ATP World Tour Masters 1000 events, and the gold medal in singles in the Olympic Games 2008. He is already part of the Spanish sport history. 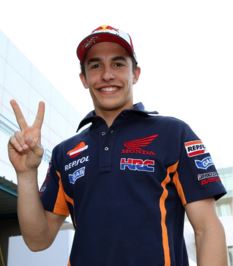 Marc Márquez (Lleida, 17th February 1993). With only 22 years old, he has won world championship titles in three different categories: 2010 125cc World Championship, 2012 Moto2 World Championship and Moto GP World Championship for two consecutive years (2013 and 2014). He is an example of young and successful rider. Moto GP is being a trend among teenagers and adults due to his victories! 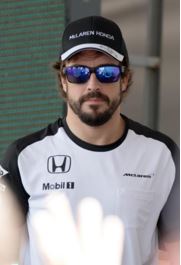 Fernando Alonso (Oviedo, 29th July 1981). He is a Formula One racing driver. He started karting at the age of 3 and it became his passion. He made his debut at F1 with Minardi, although he has also driven with McLaren, Renault, and Ferrari cars. Now he has returned to McLaren. His greatest achievements were Formula One World Drivers’ Championships (2005 and 2006). 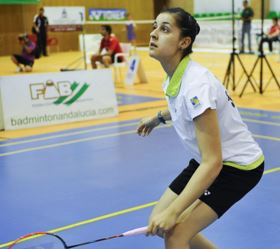 Carolina Marín (Huelva, 15th June 1993). She is only 22 and she has been proclaimed World Badminton Champion twice! Taking into account that Asiatic countries has always leaded badminton tournaments, it is important to highlight she is the first non-Asiatic player that wins two world competitions in a row. She is ranked number 1 in the Badminton World Federation Women’s Singles 2015. We hope she wins in Rio!

These are just some of the most important and international sportsmen and sportswomen. We hope they and the rest of athletes that are training really hard will do their best in the next Olympic games that will take place in Rio de Janeiro (Brazil) in August 2016. Two hundred and six countries will compete and forty-two sports will be contested, from Greco-roman wrestling to fencing! We have high expectations for Spain’s performance and we hope to get some medals. We especially rely on badminton, tennis, synchronized swimming, fútbol, and handball. Maybe the Olympics will not only bring us prizes, but also the revival of the Spanish Golden Age. I don’t want you to think I am neither too ambitious nor conceited, but dreaming is free, isn’t it? Let the games begin and may the best team win!