The perks of being an exchange student

We are already halfway through the semester and most of you are now working on your midterm exams. For this reason, we thought that this would be the perfect moment to cheer you up by reminding you about some of the reasons why studying abroad is awesome! 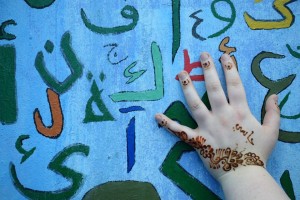 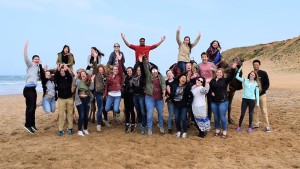 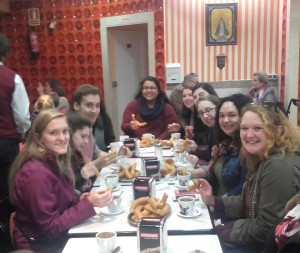 Can you think of  more advantages of being an exchange student?

Have a fantastic weekend!

After three weeks in Sevilla, UNE students have had the chance to explore the city and start to understand Sevilla’s culture. When it comes to talking about culture and a new place, the very first things that come to your mind are: history, monuments, the local language, art, or food. But what about locals, their appearance, and their lifestyle? Have you realized not everyone looks the same?

Twenty-four hours after their arrival in Sevilla, most of the students had the same opinion about sevillanos: “most people are really stylish”, “they seem to be dressed up all the time”, and - what impact me the most - “we don’t think there are different cultural groups here, everyone looks similar.” Then, it is time to show them some of the several urban groups that can be found in this city full of contrasts.

The first are what we call canis. Canis wear gold (or fake gold jewelry) - the more gold they wear, the better. Nike sneakers and athletic clothes mark their style. They also love baseball caps and piercings. They like to get their cars pimped. If you see them, try not to get into trouble.

The second urban group are the góticos or gothic. They are similar to those in the USA: they wear black clothes and like pale skin. They may also have some piercings.

Sevillanitos make up an interesting group. These are (mostly) men who are really proud of their Spanish/Andalusian origins - that is the reason why they wear clothes with Spanish flags. They love buttoned shirts, polos, and boat shoes. You will distinguish them by their sideburns and their hair covered in gel.

The last urban group are hipsters. Hipster fashion is international. In the city, you will find some places where they love to go. Vintage stores, libraries or art galleries and restaurants are some of their favorites. Beards are a must-have for men, and tattoos are also accepted.

In short, whenever you walk in the city, pay attention to the people and culture around you and you will realize not everybody looks the same.

These are just descriptions, written in a funny way. Please, do not feel offended and enjoy the Spanish life and its people!