New cultures are always something exciting. If you like travelling or meeting new people, you will like the Festival de las Naciones - Nations Fair. This is a very popular exhibition of countries around the world, and it is located very close to all of you, at ‘El Prado de San Sebastian’, Sevilla. The name should sound familiar to you because it is also one of the metro stops. El Prado de San Sebastián is a really nice park and it is where the festival takes places every year.

This year, the Festival de las Naciones takes place in Seville from the 16th of September to the 30th of October, and it is open until 12pm. The entrance is free, and there is no limit of people. There are plenty of food stands and souvenirs stalls. You can find here different types of clothes or presents, but it is very traditional to buy some of the handmade jewelry from other countries. Some of these are Argentina, Colombia, The Philippines, United Kingdom or Japan, but there are many more.  Once and again, it is a special day for a country, and the performances or events turn around this particular nation, for example the day of Sweden or the day of Mexico.

But this festival it is also related to the music. Throughout the month and a half that is set up in Sevilla, there are some music performances. Most of the artist are not very well-known and the entrance is free. In my opinion, the coolest thing is the tribute to other artist, like David Bowie (10/27), the Beatles (10/15), Amy Winehouse (10/1), Michael Jackson (10/8) or Freddie Mercury (10/8). 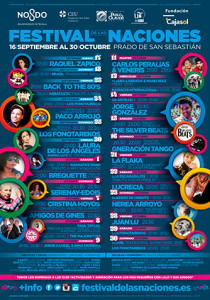 El Festival de las Naciones is an obligatory stop if you are in Sevilla during Fall semester. You should try the different and exotic kind of food (you can try the kangaroo burger!), and maybe buy something artisanal for you. Do not miss it!

Congratulations! You have survived living a whole month in Spain! During this time you have already had a bunch of funny moments with the lovely Spaniards.

You are getting used quickly to one of the best traditions (siesta, anyone?) and beginning to appreciate the weirdest ones (are you missing your personal space?). Maybe at the beginning you found some things annoying that you will miss when you come back to your country, so try to take the best of the experience getting in touch with Spaniards, and taking into account that what you may consider impolite could be something polite in this culture! Let’s consider some examples: 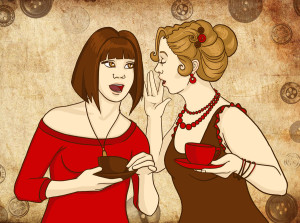 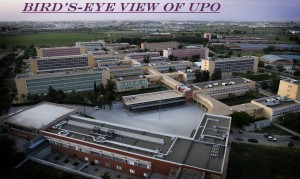 Remembering my time abroad in the U.S. brings me many good memories; but just like how many of you feel now, I was surprised with a few things. It is probably all of the American College movies that I have watched that affected my mind and gave me the stereotypes of Greek life and American football, but in reality the fraternities/sororities didn’t seem that crazy and American football wasn’t that hard to understand either - I actually ended up enjoying the matches with everyone. However, the stereotypes of the dining halls were true: healthy options were way more expensive than junk food. We might not have clubs or big dorms or big sport stadiums like university campuses in the United States, but you will certainly like Spain’s cultural and educational differences just as much as I did there.

The first thing that you will notice when walking into a Spanish classroom is that everyone already knows each other. In Spain, we start and end our college life with the same classmates and most of the times in the same classrooms. This is very different from classroom culture in the US where there may be both seniors and freshman in the same class. Another thing that is expected here is that all the classmates together do a pretty exciting trip at the end of the university called “Viaje de Fin de Carrera”.

How to apply for university probably shocked me the most. For example, I learned in the United States that students apply for a specific university, and they can freely change major at almost any point. In Spain, we have to apply for a certain degree and stick with it for the entire time. In order to apply we have to obtain la nota de corte (the minimum grade to get into a specific degree) in Selectividad (university access exams).

Holidays in the US were also surprising for me. For instance, Thanksgiving was something that I never experienced before but I enjoyed getting to learn about - I was so full after having to eat all that food! Feria de Abril and Semana Santa (Holy Week) are two of the holidays that you will get to experience in Sevilla and that you will only get to see once a year. If you want to experience Sevilla’s culture, I highly recommend you to go to these events. It will definitely be something that you will never forget.

Just like I did before I went to the US and even while there, I bet you had (or have) a lot of stereotypes about Spain and the Spanish people. It is true that you may feel overwhelmed sometimes but that is okay because by the end of the semester you will become so accustomed to living in Sevilla that you will not want to leave.
See you in the next post!

Getting to know more about fall semester’s national holidays

One of the few stereotypes you might have heard about Spain before coming to study abroad to Seville is that people in Spain are always on vacations and never work. This isn’t quite true, although I should say we have 12 paid holiday days, in addition to the legal 22 paid vacation days every worker is allowed to have.

Concerning national holidays, you might already know you’re going to have a long weekend (in Spain we call it puente) this week, but what is it about?

October 12 is the National Day in Spain, also called Día de la Hispanidad or Fiestas del Pilar. It’s also celebrated in other Hispanic countries, as it’s the day Christopher Columbus (or Cristobal Colón, as we call him in Spanish) set foot on the Americas for the first time. To commemorate this day, the King of Spain raises the Spanish National Flag, followed by a military parade in Madrid. In fact, Zaragoza is the place where a big celebration is made out of it, having into account the Virgen del Pilar (Virgin of the Pillar) is their patron saint. However, in the rest of the country, most people show no excitement about this celebration, and use these holidays to travel, visit the family, or just relax.

As well as that, the weekend we’ll spend in Morocco (October 30-November 2) will coincide with another puente (long weekend), since November 1 is the Día de Todos los Santos (All Saints’ Day). This day is just for families to remember their friends and relatives that are already gone. Christian families celebrate this day by going to church and going to the cemetery to put some fresh flowers by their relatives’ graves.

In addition to this, before the Día de Todos los Santos we celebrate Halloween, as you could have imagined. Although we didn’t use to celebrate Halloween some years ago, now is getting more and more popular. It isn’t exactly the same as in the States and there are some big differences regarding customs, decoration, parties, cakes, etc. For example, you dress up as a witch or as a vampire to go to a Halloween-themed party and you won’t find houses and buildings decorated with pumpkins or spider’s web.

And last but not least, before Christmas Holidays, we have two more national days! December 6 is the Día de la Constitución Española, the day our current constitution was enacted back in 1978, right after the 36-year-long Dictadura franquista (Franco’s dictatorship) got to an end. On the other hand, December 8 is the Día de la Inmaculada Concepción, patron saint of the Spanish Marine Corps or just Infantería Española. Since these two dates are so close to each other, there are usually some long holidays. There is a full agenda of events and shows to celebrate all along this puente in Sevilla too, like the seises, the tuna concerts, etc. If you’re wondering what those things are, the seises are a group of ten children who dance and play music in front of the Cathedral. This event only takes place three times all over the year and it goes a long way back to the XVII century. Regarding the tuna concerts, it’s not about the tuna fish making music, but a tuna in Spanish is a musical group composed by university students.

This is all regarding the fall semester’s holidays. If you want to know more about the Spanish and Andalusian holidays during the spring semester, you’ll just have to let us know!

A night at the Festival de las Naciones in Sevilla

Last night we experienced “Festival de las Naciones” and had a blast. Our mentor, Maria, organized the night, and five girls from my school attended.

First, we walked through many of the different shops and found lots of different kinds of souvenirs. We bought jewelry, wallets, paintings, clothing and many other things that will always help remind us of our time here studying abroad in Seville! Seeing all of the different shops made us realize the vast variety of culture that exists throughout the world. 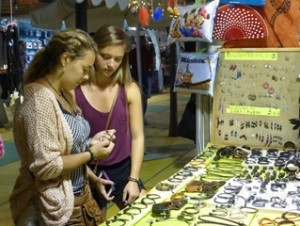 After shopping, we explored the different countries and the food that they offer. We checked out what type of food each of them was cooking, and finally decided to head to South Africa and taste something new…Crocodile! It was an interesting experience, and there’s certainly a first time for everything! We decided that the crocodile tastes a bit like both chicken and fish and we all enjoyed tasting something new.

Attending this festival made me realize what a wonderful time it is to be here in Seville, and the unforgettable experience of studying abroad.

One of the perks of studying abroad is, no doubt, traveling. No matter which city you choose to study in, you will see many others during the most memorable months of your life. Airport, train station, bus station, or ESA trips – that is all you need to travel. Last weekend, UNE students in Sevilla had the opportunity to travel to one of the most charming cities of the southern part of Andalucia: Granada.

Despite the unexpected rain upon arrival and check-in, we had a wonderful time exploring the most pintoresque places of such an enchanting city that was, once, the only Moorish Kingdom during the Spanish Reconquest. And the thing is that Granada’s legacy is full of art, history, and charm.

What you should not miss: 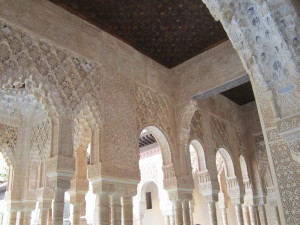 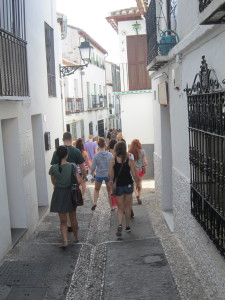 No doubt, Granada is a must when visiting southern Spain.