Peter Swan: “What is so different about life in Sevilla is the relaxed atmosphere” 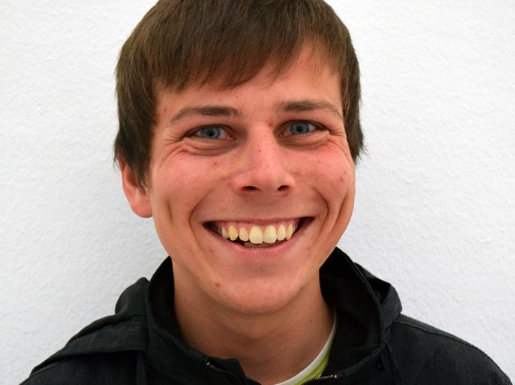 I chose to study abroad in Sevilla because of the University of New England’s program with Universidad Pablo de Olavide, in which I am able to take classes to fulfill requirements for my Marine Biology major. As such, I am still on track to graduate at the end of my four years at UNE in the Spring of 2016. In addition, Sevilla has such rich history and culture which has experienced global influence throughout the centuries. The city itself has so much to offer historically as well as recreationally in the many preserved cultural traditions. Furthermore, Sevilla is centrally and closely located near so many other attractions in Spain such as Córdoba, Ronda, Granada, and Cádiz, as well as being internationally close to Portugal, France, and Morocco. This beautiful, clean city is easy to navigate and has everything I could ask for within close proximity.

Upon arriving in Sevilla, I was very shocked by just how different the meal times were. Of course I had heard about the later and larger lunches but I had never thought that it would have been such a dramatic change in my daily schedule. What also surprised me was how heavily dressed most of the people were even in very mild weather. Even now, in April, I cannot get over the layers that some people are still wearing in this heat. In contrast, I was not expecting my host family’s home to be as cold as it was during January and February. I learned to appreciate the warmth of the sun so much in the strange concept of going outside to warm up.

In addition to my eating structure, what is so different about life in Sevilla is the relaxed atmosphere. No matter how busy I think I am, I now always find the time to go exploring or watch the sunset. I do not check the time as often and have learned to appreciate every minute of the day. In Sevilla there is a greater sense of community, with friends and neighbors regularly meeting to have drinks and tapas in the streets in a casual manner. In addition, their soccer games really bring the entire community together, and sometimes divide the city into two very enthusiastic groups of fans: Those for Sevilla and those for Betis. People just seem to appreciate their time with each other so much more and are never in a rush.

During the first two months, time inside my family’s apartment was spent wrapped up in multiple layers under a blanket. If it wasn’t raining, I would go outside to absorb as much heat from the sun as I could. Whereas in the United States, it is much colder outside during these months, but I have always been spoiled with central heating. Even now that the weather has become so much warmer, I have been trying to spend as much of my time outside, disconnected from wifi. Another thing which has been significantly different from home is how late at night I leave to go out with my friends. In a society where dinner time does not begin until nine o’clock, even the elderly and children will be out in the street until midnight.

My classes have been going really well at Pablo de Olavide. All of my professors are very kind, clear, organized, helpful, and available for me. There have never been any surprises on exams and I receive an appropriate level of homework comparable to that in the United States. During most days when I am at UPO, I have free time between class to eat lunch, study, and get a head start on my homework. I have gone to several different events planned out for international students and Spanish students put on by the International Office. Last weekend I went to Ronda through the University which was offered at a very inexpensive price and included a tour guide as well as entrance to the Plaza de Toros and the Arab Baths.

I am very pleased with the Intercambio which I have received through the University. We meet regularly, at least once a week, for something to eat or drink and split our time evenly speaking Spanish and English. I am so happy to have made her as a friend as we are able to compare our cultures while improving our use of each other’s language (even though her English is admittedly much better than my Spanish). Conversing with my Intercambio falls second only to tutoring English on my list of favorite things to do here. I meet twice weekly with a family down the street from where I live to tutor two children ages nine and eleven. Helping them gives me such an incredible feeling of joy and purpose; I would do it even without payment. This experience has helped me to realize that I want to incorporate teaching into my Marine Biology career.

After being in Sevilla for three months, I have learned to be patient with myself and others through the language difference. I have learned to appreciate my time that I spend with my friends and family and the simple things in life like the beauty of a sunset and the richness of a home cooked meal. I have taught myself to slow down and think more about the way that I act, my values, and interests. I have also learned that there are many different perspectives on any given situation and there is never a wrong opinion on something. With that said I have become much more optimistic and genuinely happy with my life. Distance has truly made my heart grow fonder for the people which I love and care for back at home and has taught me to appreciate everything that I have been blessed with. I feel more mature and have a better grasp on what I want to do in life and who I am as a person (although my fast approaching twentieth birthday still freaks me out).

I would very strongly recommend studying in Sevilla to other international students because of its welcoming, safe, energetic, and yet relaxing lifestyle. The University has so many resources for me and there are so many gorgeous places to do your homework. And when it is time for a study break, Sevilla has such a wonderful selection of shopping centers, cafés, bars, and discotecas. Furthermore, there is so much history to appreciate in the city from the influence of so many different cultures which you get to learn about while living amidst them. This is indubitably a chapter in my life which will be sad to close at the end of the semester. It is also one which will have a profound influence on my future and will not be forgotten.