It’s already mid-November and I bet you’re on your way to become a true sevillano. When it comes to watch the TV, I take it you always see your favorite series at Netflix, but have you given a try to the Spanish TV?
If you haven’t yet, I encourage you to switch on the TV at your host families’ and you’ll bump into some of these unusual characters:
Belén Esteban: a TV personality that rose to fame after getting married and divorcing Jesulín de Ubrique, one of Spain’s most well-known bullfighters. Right after their divorce, Belén went from one set to another talking about their ‘story’. The two of them have a daughter together, Andreita. In fact, Belén is known for the sentence ‘Por mi hija, ¡mato!’ (I’d kill for my daughter). Right now, you can see her in the channel Tele5 in Sálvame, a daily TV show in which scandalous stories about this kind of ‘celebrities’ are discussed. 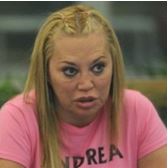 Ana Obregón (best known as ‘The Biologist’): although she’s a Spanish actress, TV host, singer, dancer, scriptwriter, and writer, she’s better known for her role at the TV series ‘Ana y los siete’, in which she babysits seven rich kids from a well-off family. But not only that, Ana loves being the center of attention. That’s why every single summer she poses in the beach for the Spanish gossip media, exhibiting her silicone breast.

Jordi Hurtado: a TV host and one of the dubbers of Ernie from Sesame Street back in the 90’s. Apparently, his career in TV is pretty much plain. However, the fact that this guy has been hosting the same TV program, ‘Saber y ganar’ (To know and To Win) since 1997 and he doesn’t look any older has led to all kind of jokes and memes regarding his supposed immortality.

María del Rosario Cayetana Paloma Alfonsa Victoria Eugenia Fernanda Teresa Francisca de Paula Lourdes Antonia Josefa Fausta Rita Castor Dorotea Santa Esperanza Fitz-James Stuart, Silva, Falcó y Gurtubay (best known as ‘La Duquesa de Alba’): she was the Head of the House of Alba (a Spanish aristocrat family dating back from the 12th century). You might not see her now on TV since she passed away in 2014. She was in the Guinness World Record Book, since she was the aristocrat with more titles in the world, holding 40!! Till the day of her death, she was on the spotlight, having married Alfonso Díez, a man 25 years younger than her! Suspicious… 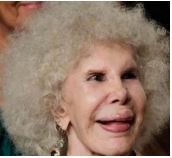 Mario Vaquerizo: one day, he just appeared on TV. Although he’s a Spanish TV and radio collaborator, journalist, writer, singer, and actor, he’s better known for having married Alaska, a Spanish singer, in 2011. In fact, he became famous after Alaska and him stared in a MTV show about their lives together. I invite you to see this ‘couple’ and give me your opinion about it.

Isabel Pantoja (best known as ‘La Pantoja’): a Spanish singer, specifically from Triana. She’s always being in TV, not only for her singing skills, but also for her love life. She first married the bullfighter Paquirri, who died at the horns of a bull. Isabel had a son with Paquirri, Paquirrín (best known as ‘Paquirrín’), a popular non-style DJ that sometimes ‘performs’ in some Sevillian clubs, in addition to a daughter she later adopted, Chabelita. The two of them are in the yellow press and reality shows day and night. After, Isabel Pantoja started a relationship with Julián Muñoz, the major of the city of Málaga back at that moment. The two of them were accused of money laundering and went to jail. Nowadays, you can’t neither see her or perform live nor in the TV since she’s still in prison.