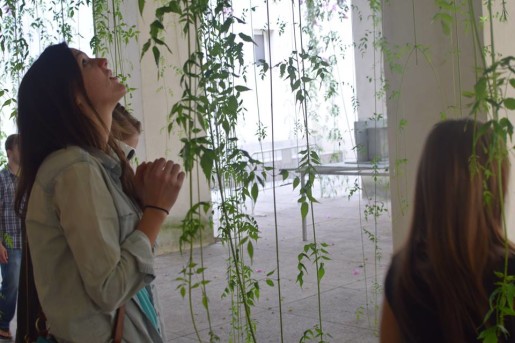 CAAC is the acronym for Andalusian Contemporary Arts Center or Centro Andaluz de Arte Contemporáneo. The Center is located at the Monasterio de la Cartuja (the Carthusian Monastery) which was founded in the year 1400. 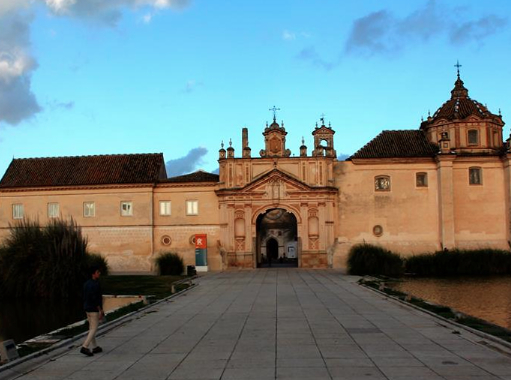 When some monasteries were sold in mid-19th century, Charles Pickman, an English businessman, purchased the Cartuja and converted it into an internationally renowned pottery factory. When Seville was chosen to hold the Universal Exhibition of 1992, the Monastery was restored for use as a cultural center.

Check out the website more more information about the center! 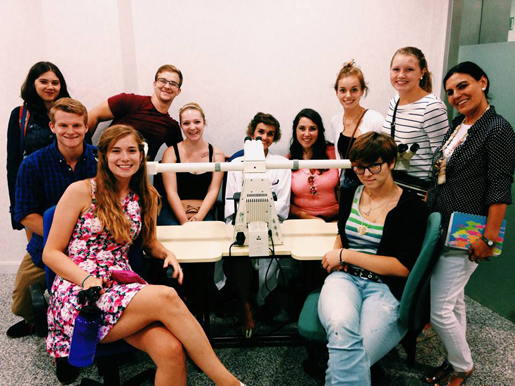 UNE Sevilla students at the hospital

Last September 19th 2014, UNE students were given a tour of the Macarena Hospital (forever more called “the hospital” because that is one long hospital name). The hospital is located in the Sevilla’s city center and is quite large, at least comparatively to hospitals in Maine.

While at the hospital, we were allowed to observe patients on kidney dialysis, enter a cardiovascular operating room, and visit several labs. Needless to say, we geeked out. Aside from observing cancerous vs non cancerous cells under the microscope, my favorite part was the operating room and the “man behind the curtain room” (I made up this nickname… It’s not actually called that!) Just outside the operating room is a n area with cameras recording all the cardiovascular operations happening within the unit. Doctors from the hospital can watch, analyze, and share their successes and failures with doctors around the world- which is quite amazing! It certainly is a progression in healthcare as the sharing of knowledge is vital for innovation.

Spain’s healthcare system, like every other industrialized country in the world EXCEPT the US, is universal. That means that every individual in Spain has access to healthcare and the government pays for (at least some) of the bill. While many Americans believe that universal healthcare is “socialized,” it’s really not. Moreover, I think it bodes well to point out that the US currently ranks the worst out of the top 11 wealthiest country… Oh, and we spend the most money. Not to mention, even with the implementation of Obamacare (which, in my personal opinion, is a step in the right direction) 8% of our population will still remained uninsured! placing even larger strains on an already broken system. But those are just my thoughts… What are yours?

This semester, I am taking a Medical Anthropology class that looks at medicinal practices from countries across the globe. So far, a major theme has been the differences between Eastern medicine and Western medicine. While eastern takes on a more holistic, natural method, western medicine is science based and largely treats the human body as a “machine” to be fixed. As a purely scientific mind, I am struggling to see the wider view of eastern medicine. Yet, I recognize that there are benefits to both methods. Which method is the “best” and how do we decide that? Moreover, what are the implications for healthcare worldwide?