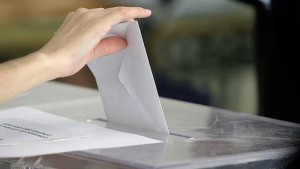 Choosing a President for our government is a very important decision. This will stay with us, at least, for four years. This term is the same in the USA as in Spain, although here we can re-elect a President as many times as we want. However this is not the only difference, there are some others between the USA and the Spanish system, and today we are going to learn a little bit more about them.

The first thing is that in the USA there are Democrats and Republicans, while in Spain we differentiate between the Right and the Left. The only reason is where they are seated in the Congress. For us, the Right is the more conservative political party, so it is more similar to the Republicans. Alternatively, the Left is more liberal just like the Democrats. Inside the Left and the Right there are other political parties that can be more radicals or a mix of the Right and the Left (center parties).

In the majority of the states in the USA you can vote before the day of the elections, there are primary elections and the political parties receive their money from private donations. But not in Spain. We only have one day, that we called the elections day, the candidate is the head of his or her political party, which means that there are not primary elections, and the political parties receive money from government, and sometimes from private donations too. Also, in the USA, the figure of the First Lady is very important, but in Spain it just doesn’t exist.

Now, you know some of the differences between both systems. And remember, there will be only one winner!